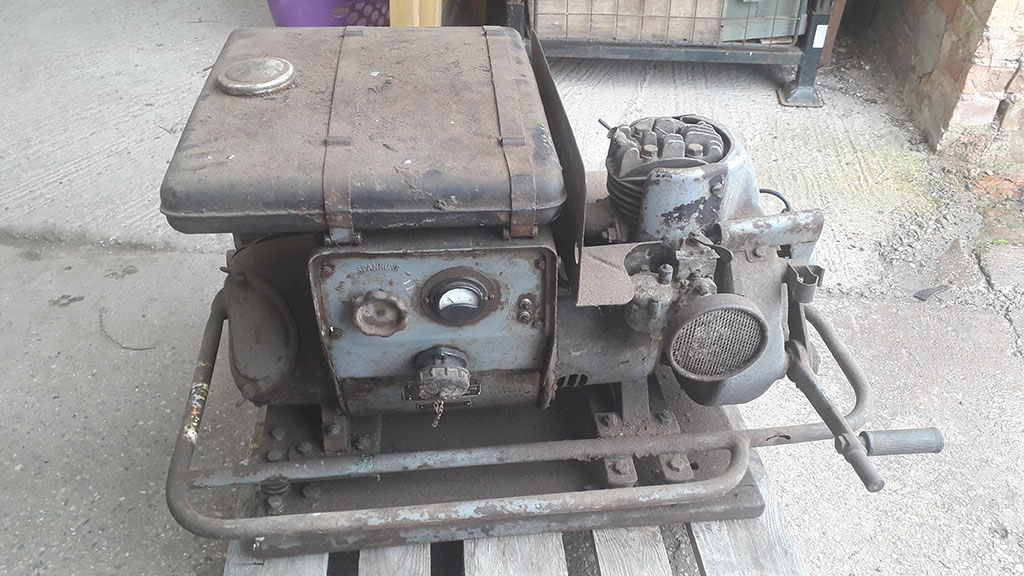 The very first inverters were created using motor-generators as a way of creating AC electricity during World War 2.

Redi-line was one of the first and most popular brands at the time. Amazingly, you can still find its inverter generators today!

At the time the motor-generator was the only way to convert Direct Current (DC) to Alternating Current (AC). While it was very reliable and worked for a wide range of applications, it was still very inefficient. In addition, the engine had to be running to make the conversion and there was no startup surge capacity.

It was not just Redi-line trying to move technology forward at this time. Brands you may have heard of today, like Tripp Lite, were also in their infancy.

It would not be until 1960 that inverters moved from mechanical vibrations to solid-state transistors (which are used to control the flow of signals through a circuit) in order to oscillate DC and create square wave AC.

This became a massive advantage as it was the first non-motor generator. Although applications for its use would still be limited as they couldn’t be used with inductive loads like icemakers, microwaves, and compressors.

Vanner Inc would be the next company to make a breakthrough after originally making flashing light modules for ambulances and emergency vehicles. In 1979 it introduce a 1000 watt inverter to be used in ambulances.

The company’s technology was heralded with an amazing 87% efficiency and a growing product line that shaped the future. In 1994, having already combined with Weldon, it bought the rights to the pure sine wave inverter.

Power inverters as we know them today came to market in around 1995. Along with Vanner-Weldon, it was Statpower Tech Corp, in Canada, that produced the pure sine wave inverter/charger on the back of its high-frequency modern sine wave inverters.

High-frequency switching techniques enabled it to produce increased output with minimal distortion in both charger and inverter modes.

And the rest, as they say, is history.

Who Invented the Inverter?

It is not known who exactly inverted the inverter but it likely occurred in the late 19th and early 20th centuries.

It was David Prince who is thought to have coined the phrase inverter after he published an article in 1925 called ‘The Inverter’. In the article, it contains all the important components behind modern inverters.

Why is it Called an Inverter?

By looking back at the history of inverter technology we can learn a lot, including how it came to be known as an inverter.

As we discussed above, the first inverter was actually a motor-generator. A component of these generators was something called a rotary converter (also called an M-G set). With the right control, this can be ‘run backward’ or ‘inversely’ in order to convert DC to AC. So inverter comes from an inverted converter.